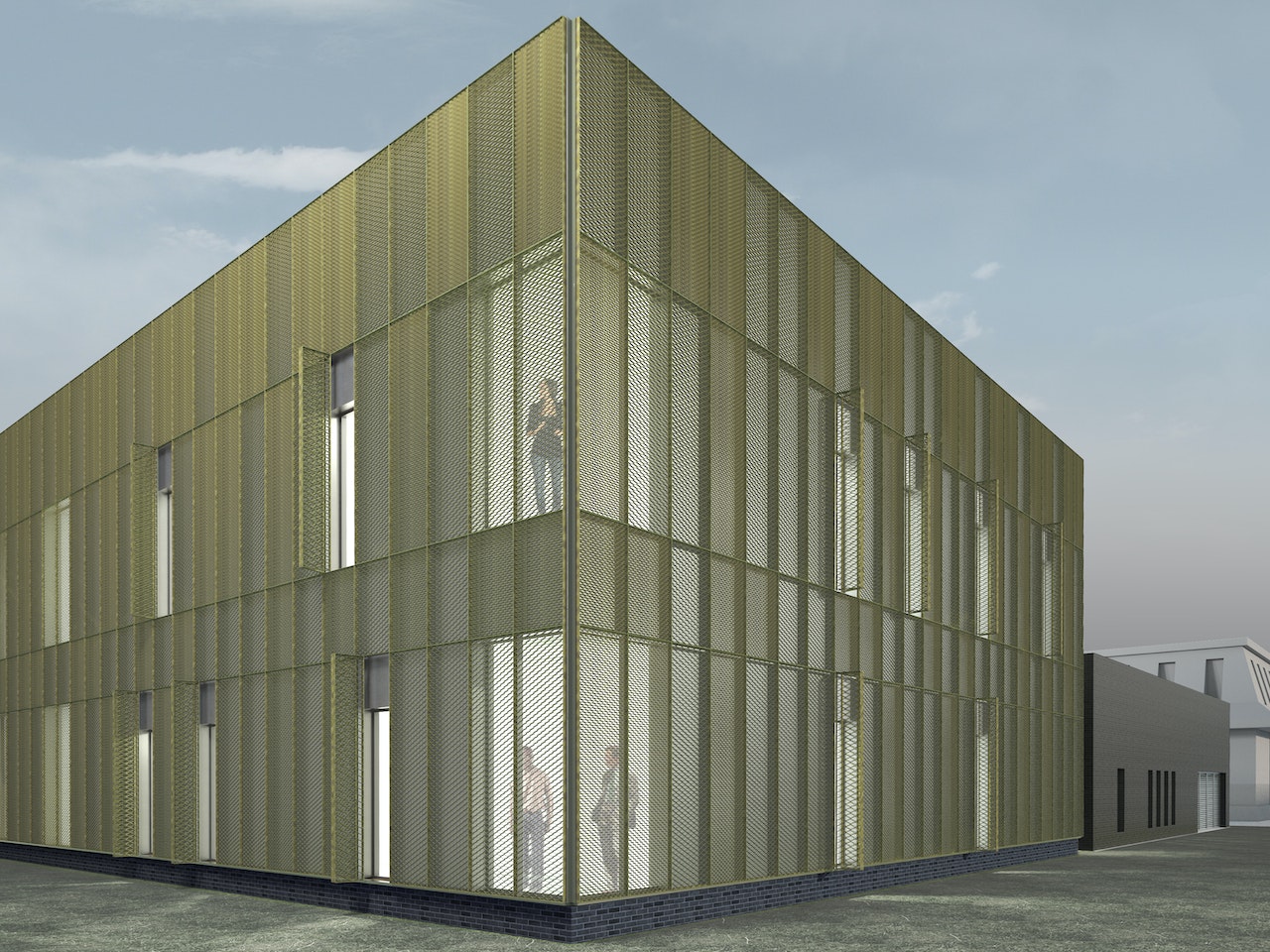 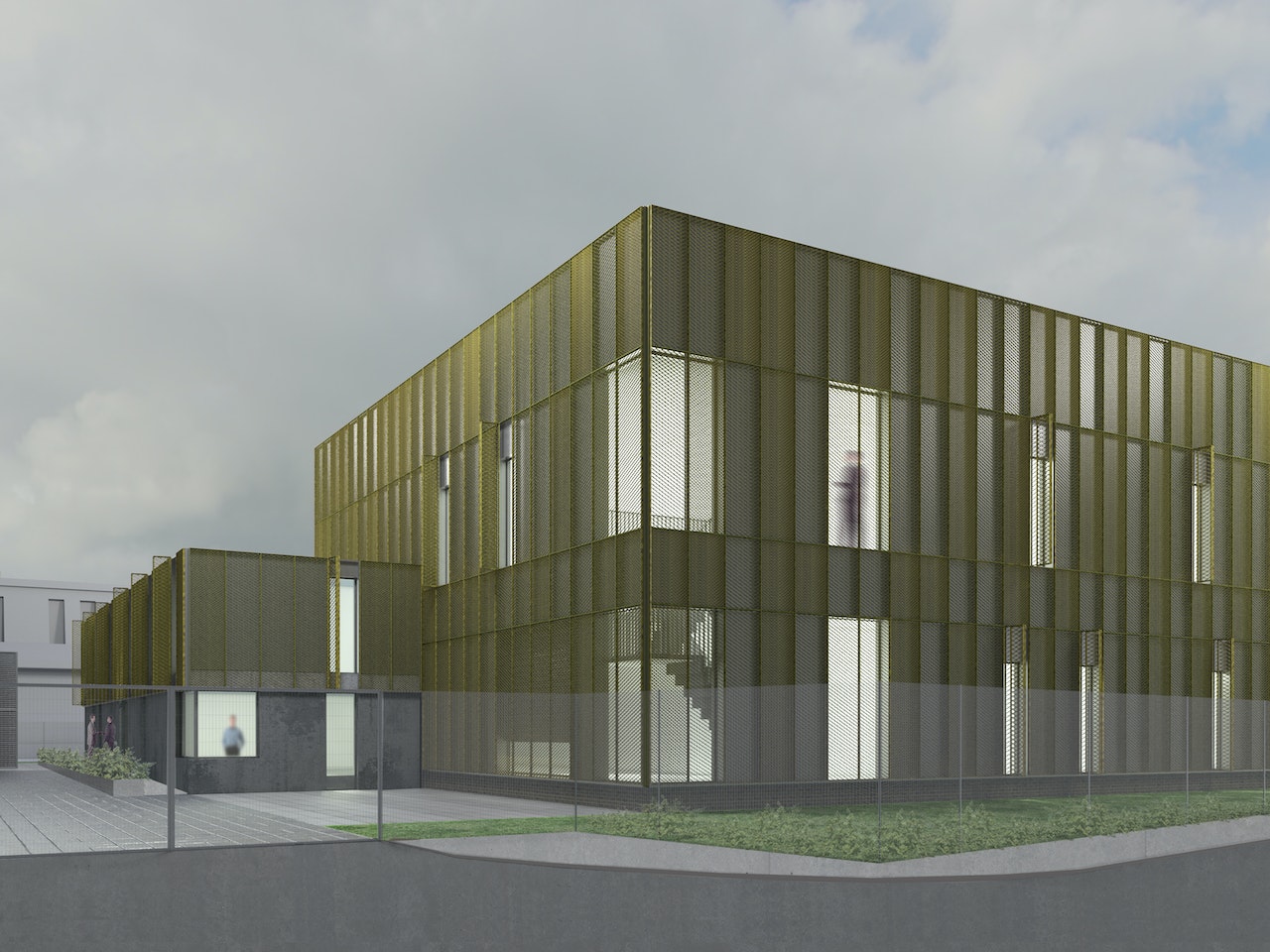 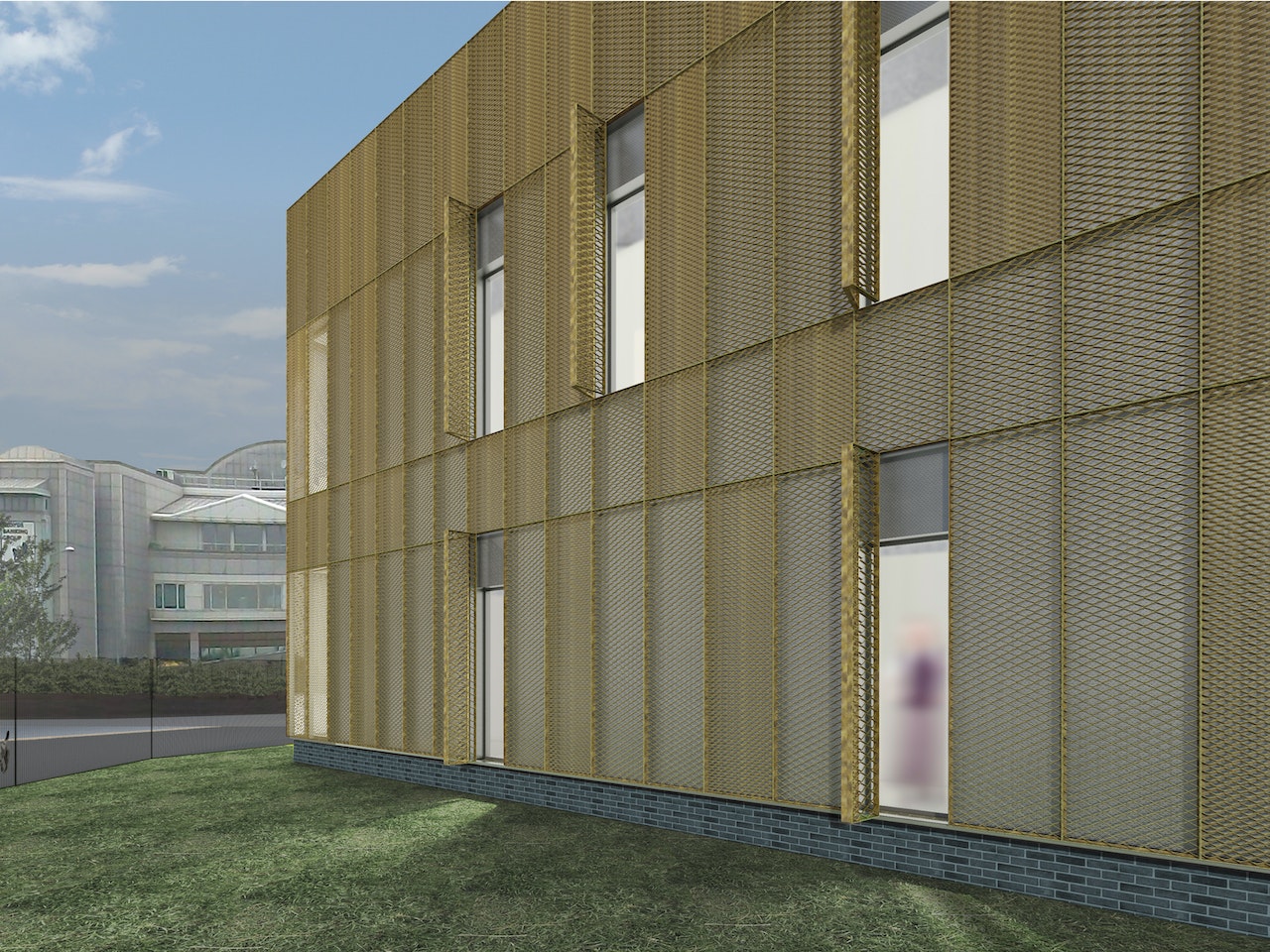 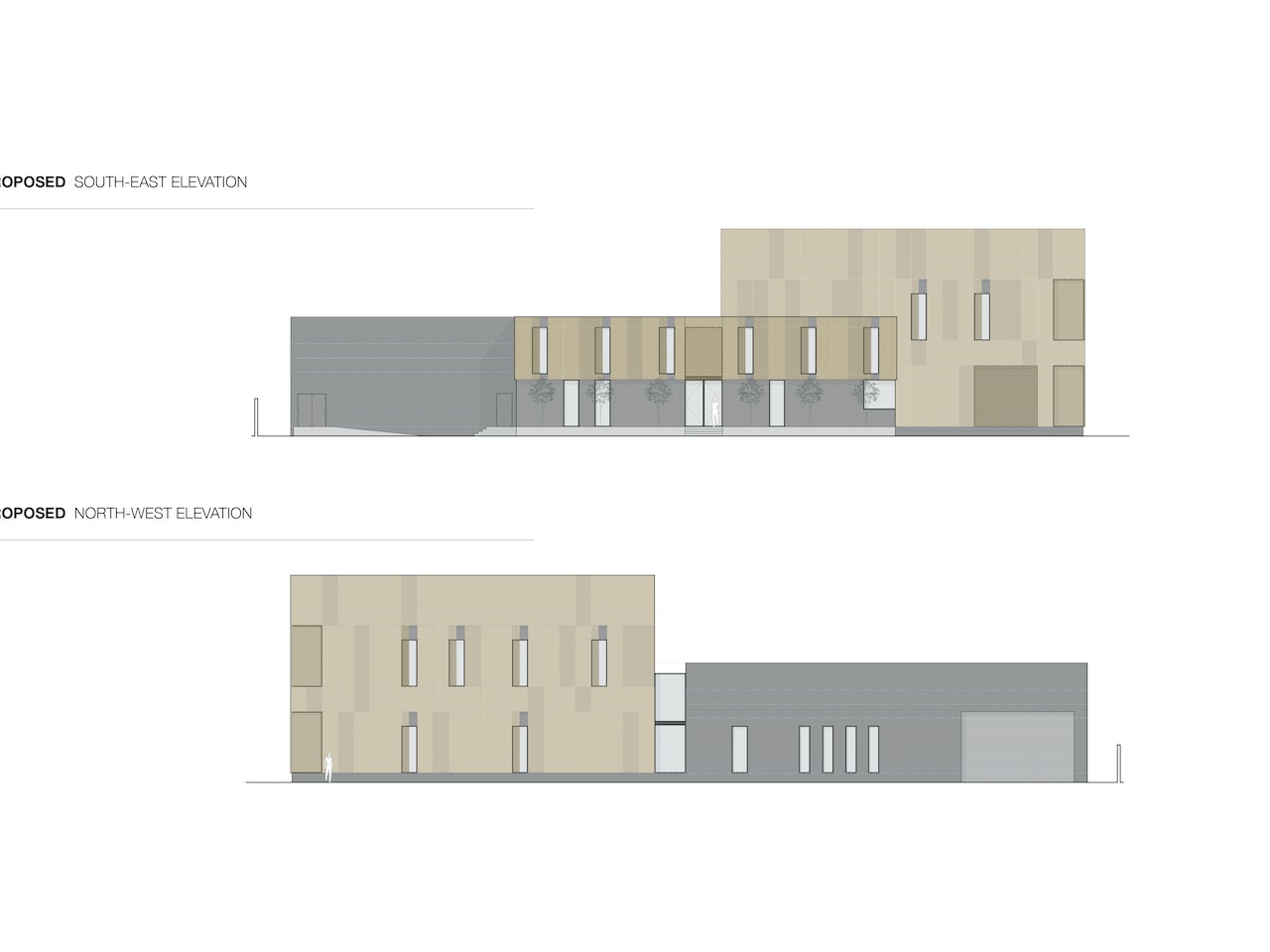 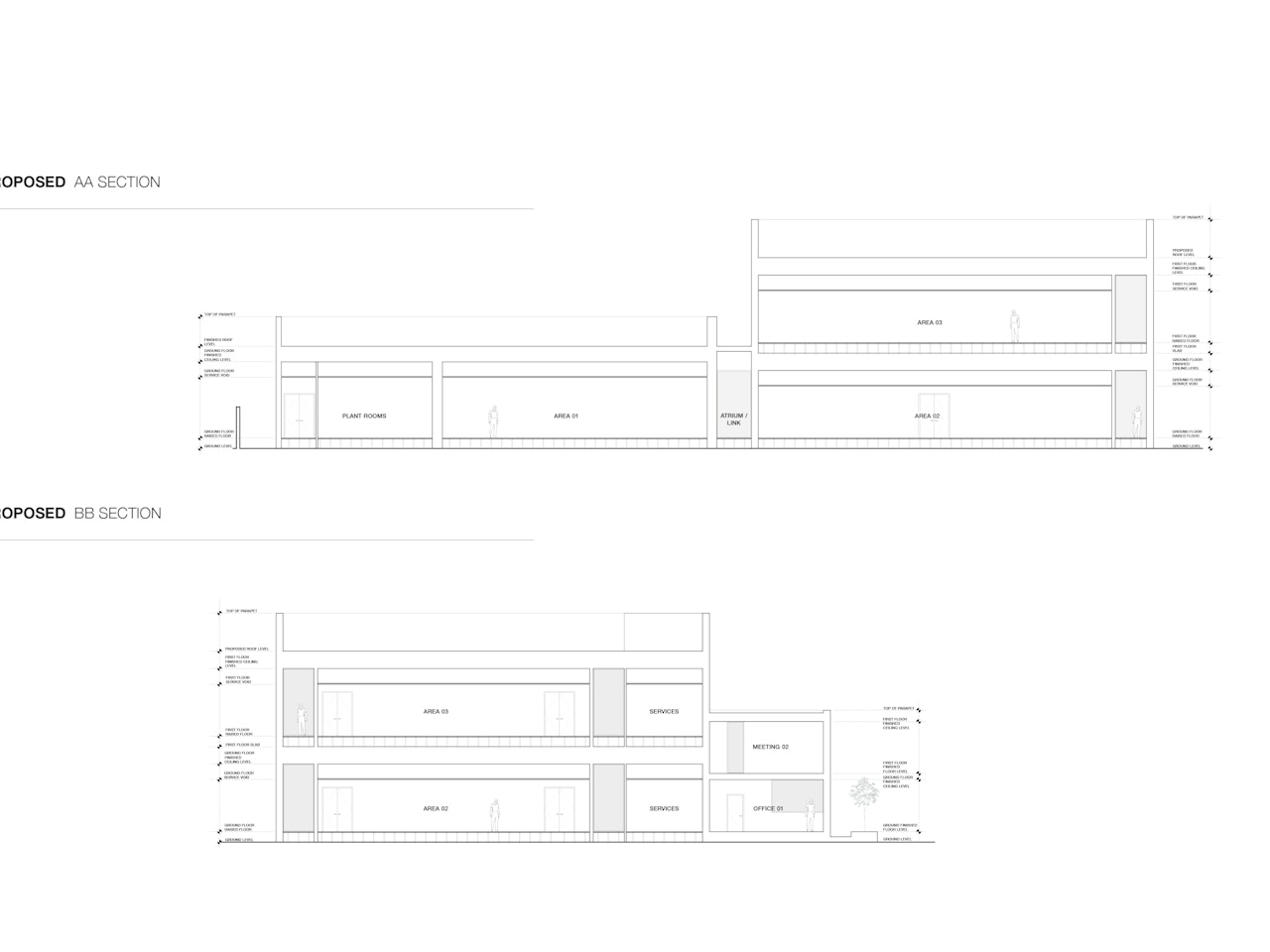 The design proposal is for a new data centre which will be located approximately two miles to the east of the centre of Gloucester on the Corner of Crest Way and Barnett Way. The proposal consists of a new two storey block at the corner of the site and an adaptation of an existing single storey structure to the south, and will follow an established height line between the neighbouring buildings.

Data centres are in many ways the modern equivalent of Victorian municipal utility buildings and as such they should be both modest and monumental, with an inherent sense of weight, permanency and security. The buildings new two storey block will be punctuated with large fixed openings dressed within a gold anodised expanded metal cladding based on a structural grid, animated at points with hinged vertical shutters and internal illumination to provide visual interest on approach. The cladding will visually lighten the appearance of the building, whilst allowing light and air to pass through to the vast mechanical and electrical rooms serving the data halls. The veiled cladding will give the building a glowing etherial quality which will change dramatically by day and night, and will be a long lasting, vibrant addition to the commercial fabric of the City.

Planning permission was granted in early 2016.