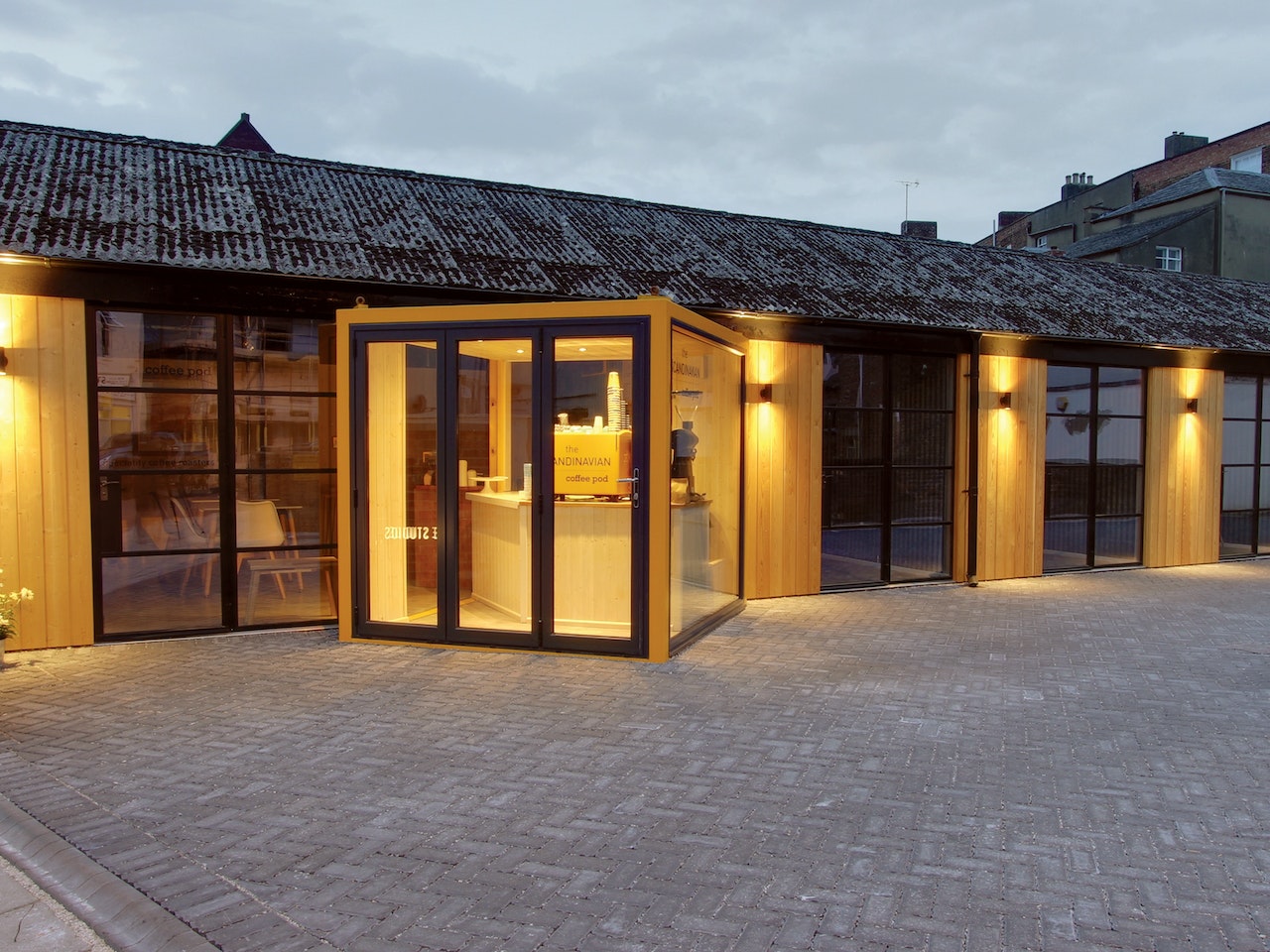 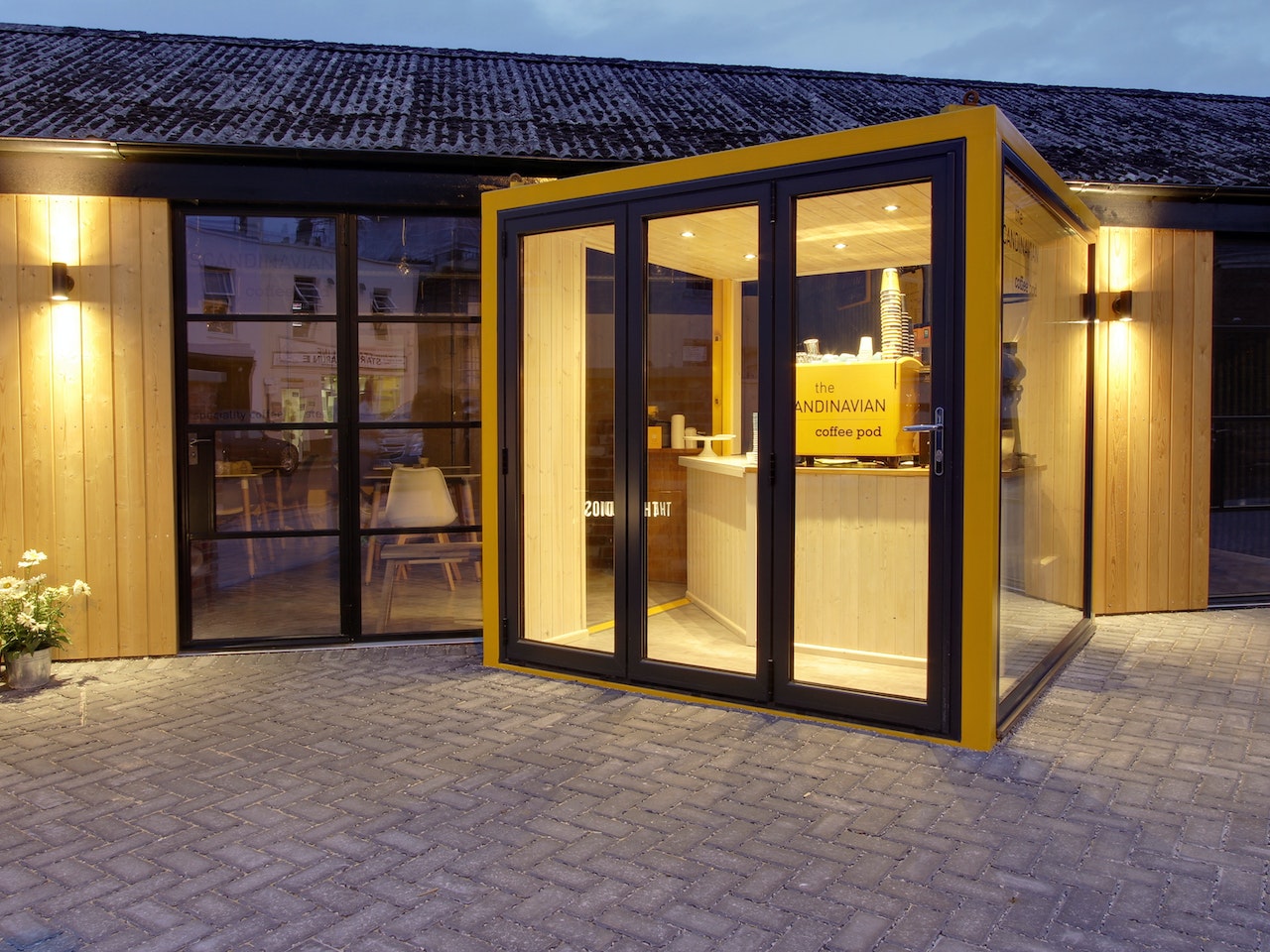 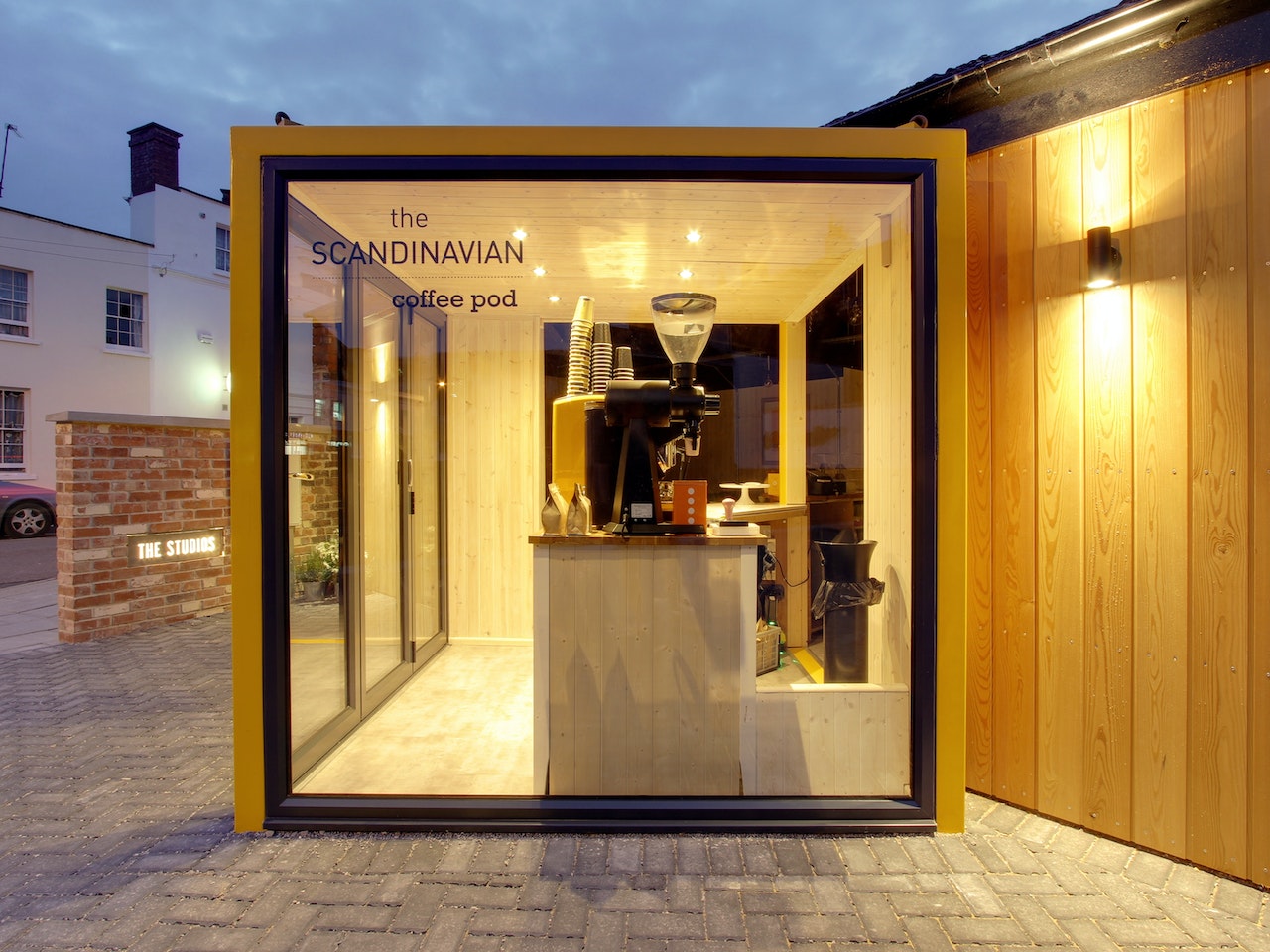 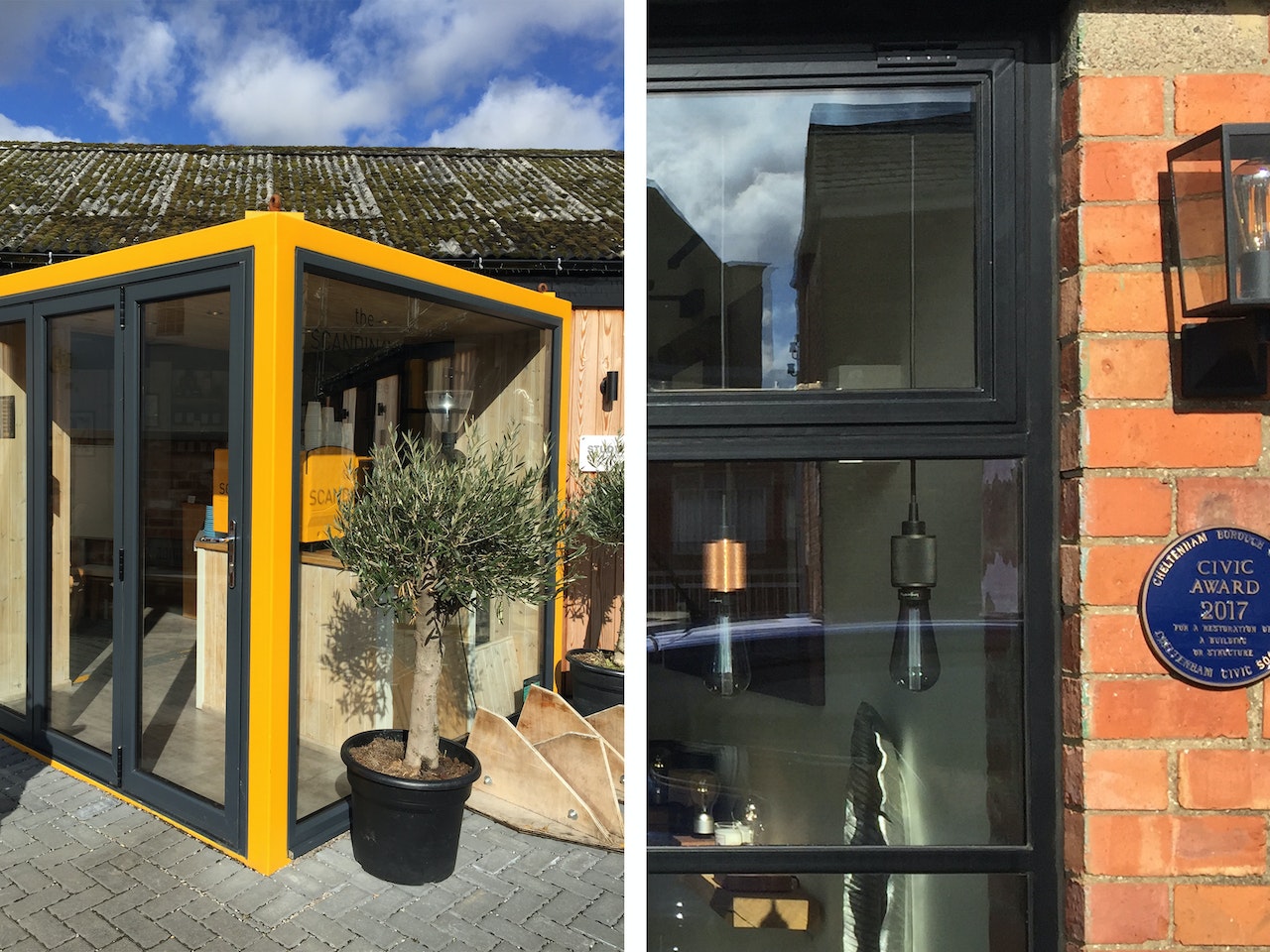 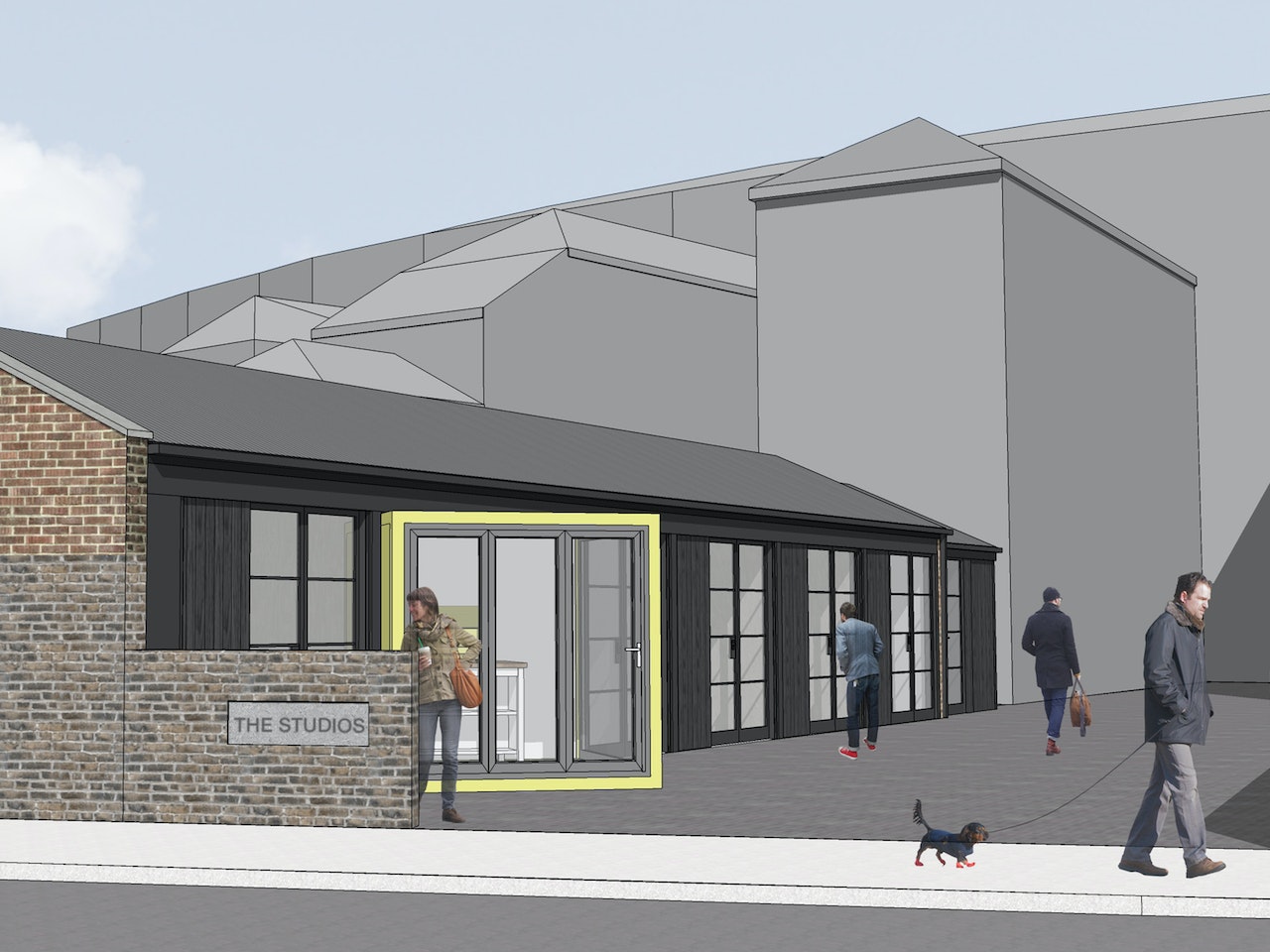 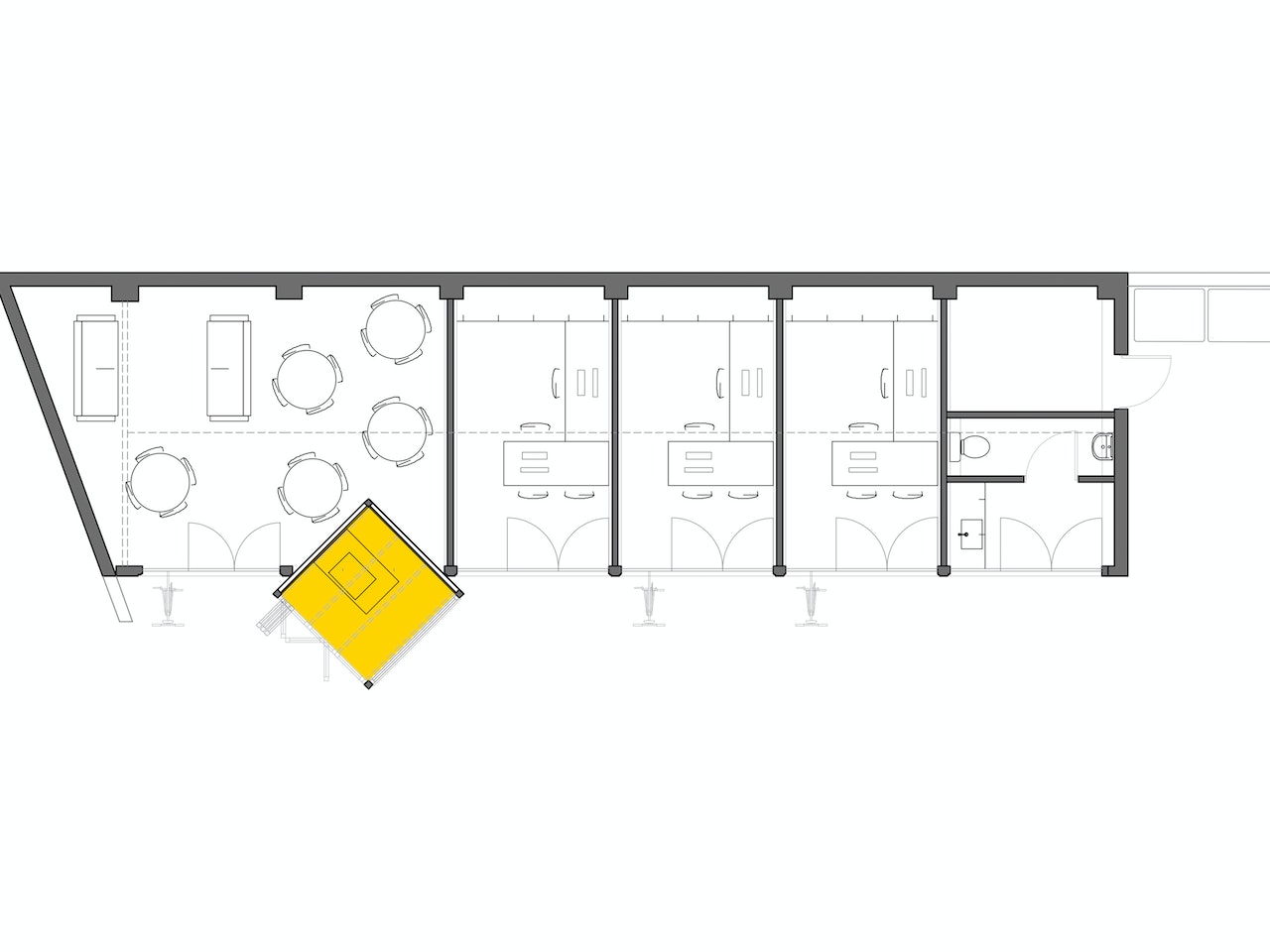 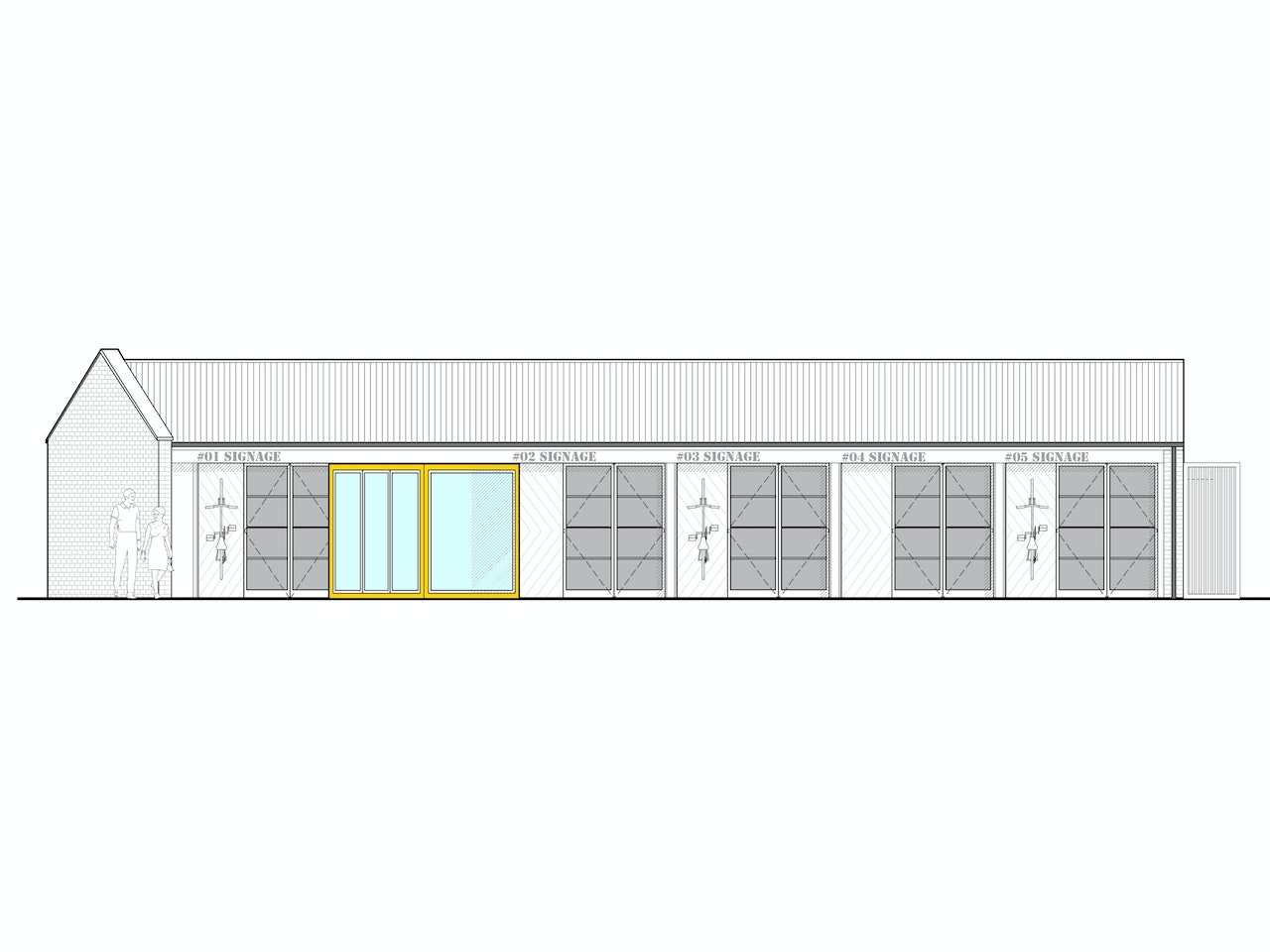 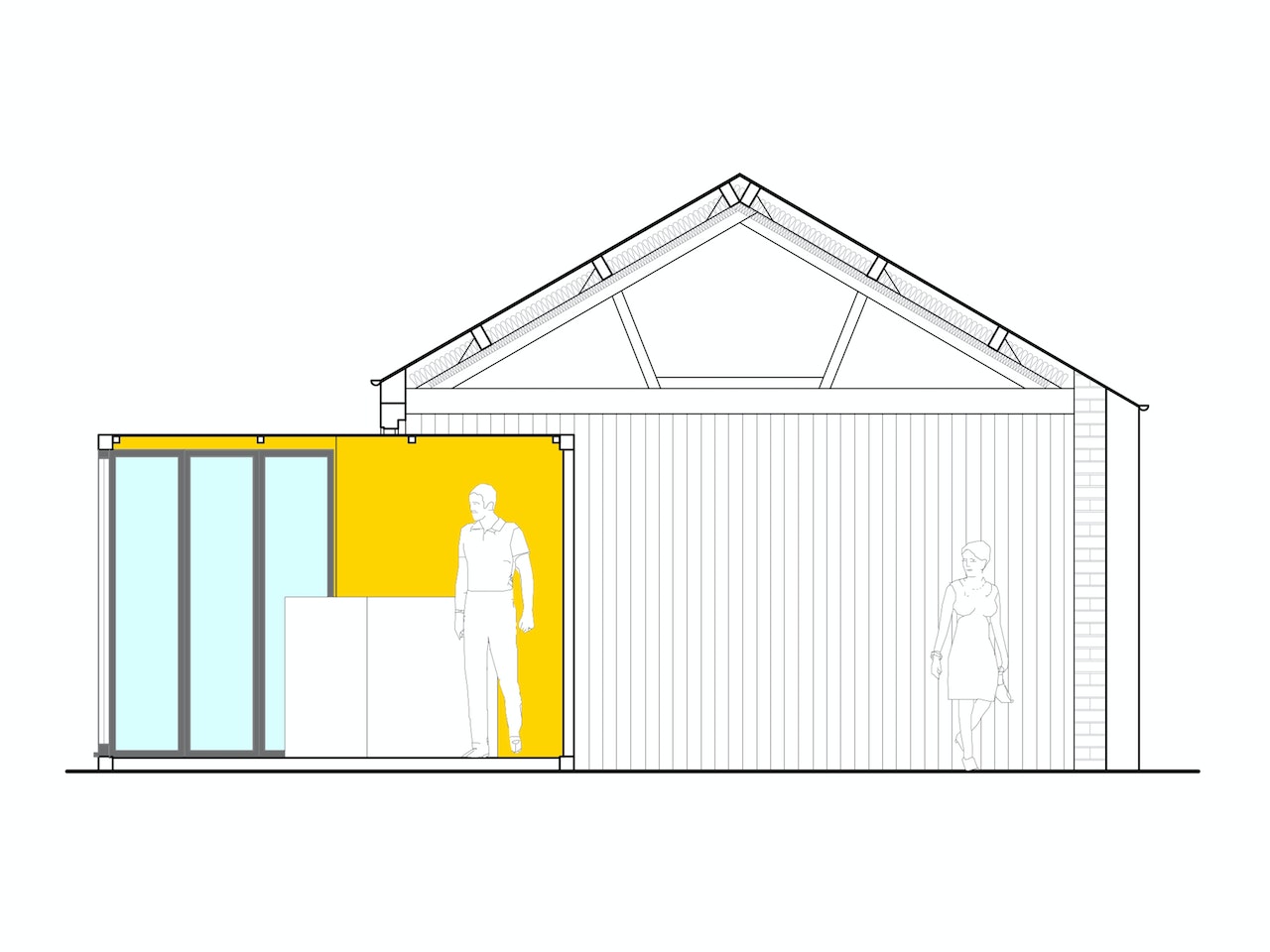 Set up on a historic street of Cheltenham, this contemporary corner consist of studios and a cafe with a large open space in the front. The studios feature a yellow framed glass box as a coffee pod jutting out at an angle, followed by wood and glass facade studios allowing a very interactive art, design and coffee conversations right in the historic centre of Cheltenham.

The brickwork outbuilding located behind Royal Crescent, was used in recent years for storage and car parking. We achieved planning and listed building consent for our client in May 2015 to convert the building into a cafe and studio spaces.

The cafe features The Scandinavian Coffee Pod, a 2.3metre steel frame and glass cube which will project out of the building at a 45 degree angle. The coffee pod is a prototype structure with more planned in other city’s around the country. The freestanding nature of the pod allows for greater flexibility of the seating area behind, which will be used for art exhibitions and functions.

Planning and Listed Building Consent was granted in December 2015 and the project completed late 2016.